By SWLAugust 8, 2018blog, Icy Poles Sew Along
No Comments

Here we are in week 2 of the icypolessal! Hope you have gathered your fabric, decided on which pattern and blocks you are going to do!

For a full description about the sew along (including those amazing prizes!) have a read of the Icy Poles Sew Along page .

I have been working away on my North Stars blocks and I have made up my first block – the Polar Bear! 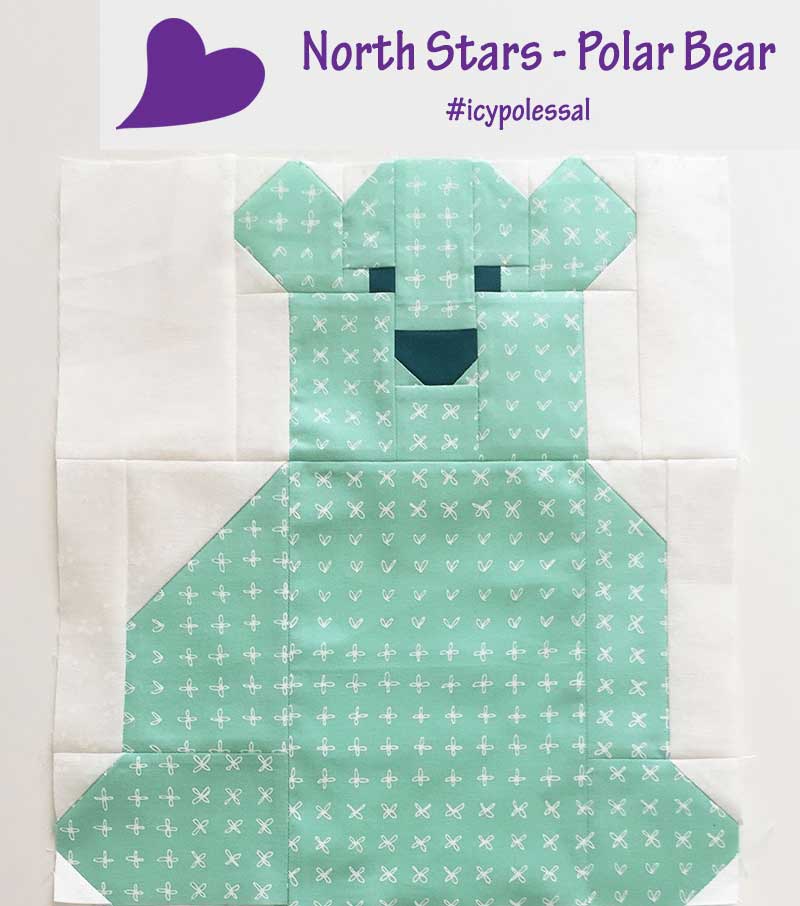 I am not going to be making all the HSTs and flying geese around each animal…. I am just making the animal and I will then use sashing to make up a 3 x 3 grid of animals for my quilt. I *should* be able to get this finished AND do all the penguins at the same time…… gulp….!

Speaking of penguins… here is Tim Valentine, my second penguin. 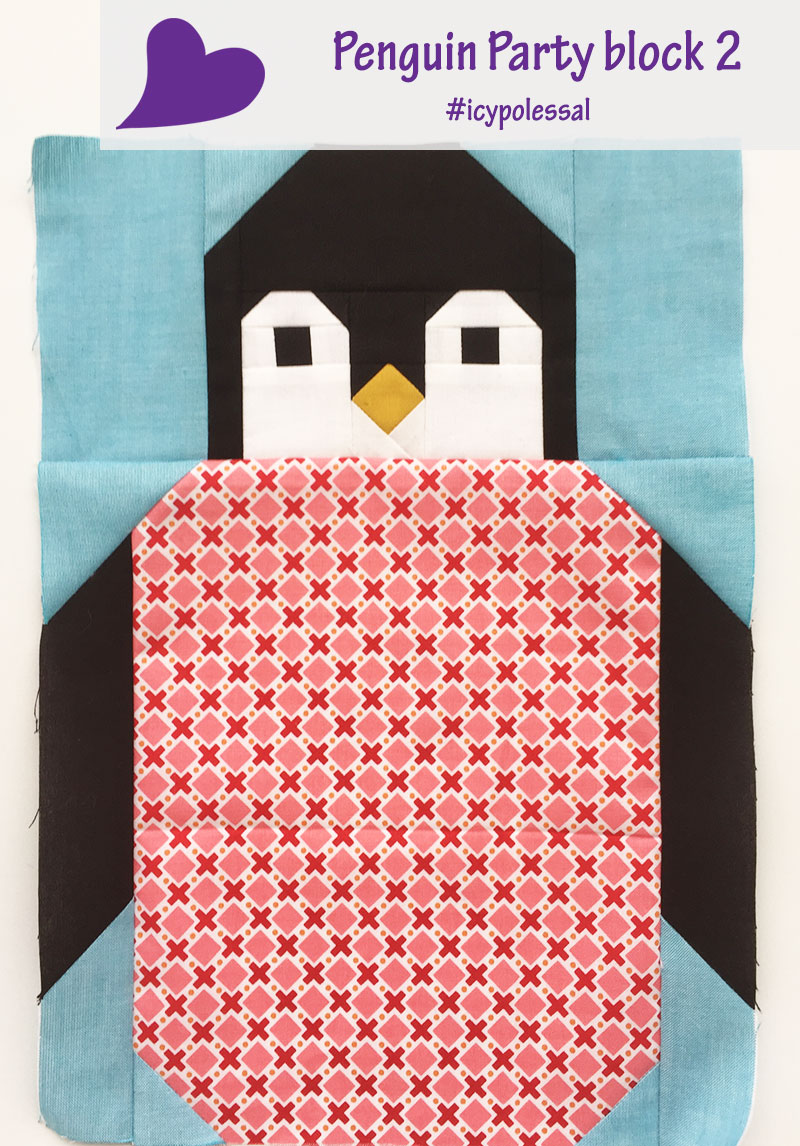 The Story of Tim Valentine the Penguin

Tim Valentine looked up from the game of Tic Tac Toe he was playing and saw a vision in red before him. Bells rang in his head and he couldn’t breathe. He was in love. SHE was the one.

Then it hit him… how was he going to extricate himself from Luticia?! Oh why had he agreed to come with her… he didn’t really like her at all but she talked his ear off (hmmm…. do penguins have ears?!) so he had said ‘yes’ just to shut her up!

He got up from his game to go and tell Luticia that it was over… but he couldn’t find her. So he went over to Dottie and introduced himself. That didn’t go so well. She walked away. But he was persistent and kept talking to her all night. He hadn’t realised that Dottie’s friend, Patricia, had locked Luticia in the toilet so he and Dottie could have some uninterrupted time to get to know each other!

By the end of the evening, Dottie had warmed up to him and he walked her home. Even after that lovely first evening together, it took him another three months to convince Dottie that he was husband material…. she kept telling him that he was a playboy penguin and could not be trusted.

Tim did everything he could to prove her that his playboy days were over… and FINALLY Dottie said yes one beautiful moonlit night overlooking the ice floes… and a couple of months later they had their first child… a boy.

Next week: the tales of Mason and his baby brother.