Wow this Snail Trail Quilt (tutorial from Missouri Star Quilt Company) took me quite a while to finish! 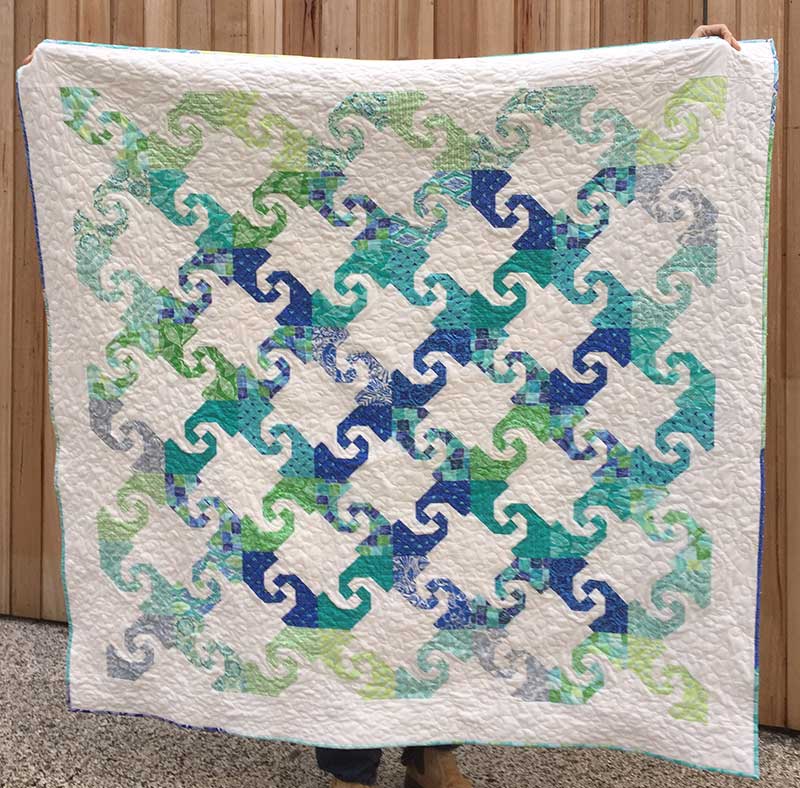 I started cutting this one out in August last year! Using Horizon fabric by Kate Spain with such beautiful blues and greens in it!

Then I made my first blocks beginning of January this year 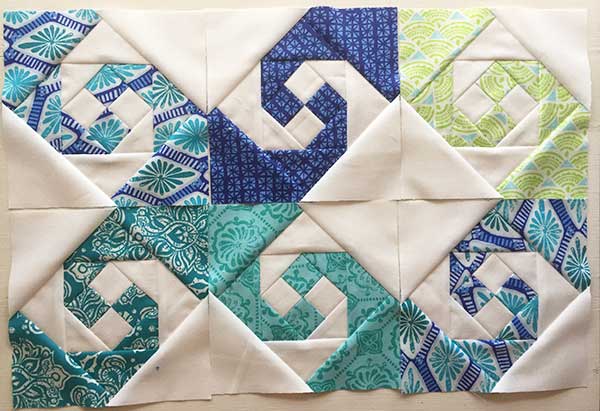 To realise that I hadn’t full watched Jenny Doan’s video properly… she DOESN’T trim the last round down to 1/4″ away from the points.. she just trimmed to make them square. So…… I ended up with some much smaller blocks than I was supposed to. Hmmmm…..

Continued on making the blocks slightly larger (whew… I was going to run out of fabric!) and in early April I finally sewed up the quilt top! 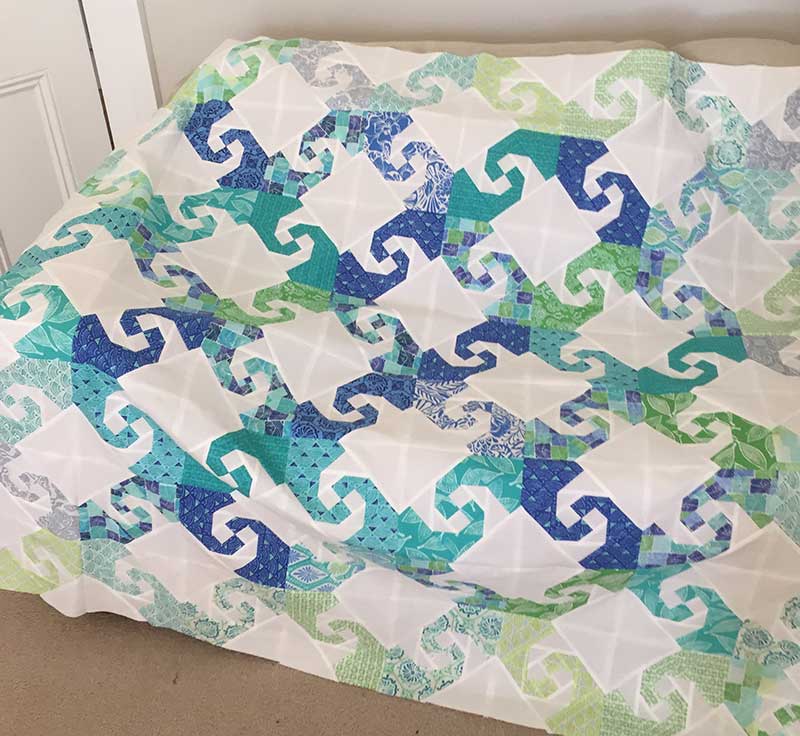 And damn if it doesn’t look fine 🙂

And those pesky small blocks that I made in the beginning? Made a beautiful centrepiece on the back of the quilt….. almost like I meant to do it!! 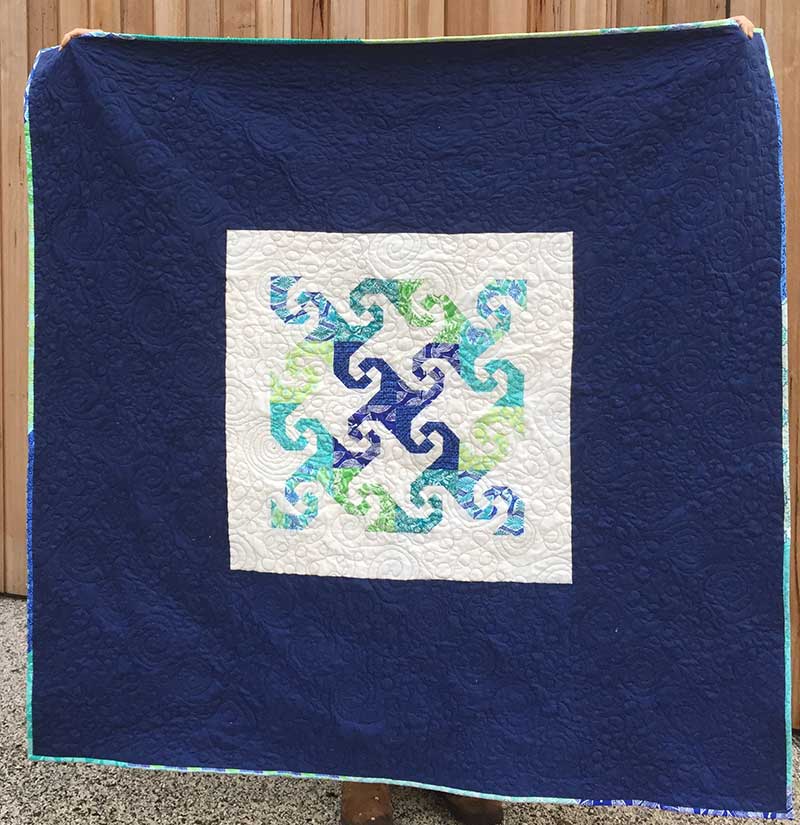 Oh and some scrappy binding for the win!

This quilt tested me (it really shouldn’t have) but sometimes it is good to have to fight to finish something….. makes it that much sweeter when it is done!