Introducing a new family of Penguins today! The Gerb family 🙂

Never too late to join us in our very relaxed sew along. Make a penguin (or ten) or a block or two from North Stars! For more information about the sew along and to see previous blog posts, have a read of the Icy Poles Sew Along page 🙂

Bobby has always loved music. Even when he was a baby he used to use icicles as drum sticks in time to music.

When he got to his teens he started learning guitar and started his own band “The Flappers”. They were a huge success and they toured all around Antarctica and even had secured some tour dates in Australia and New Zealand!

Whilst in NZ doing a gig in Temuka, just outside of Christchurch, he saw the prettiest girl penguin dancing to their songs. Wow could this girl move!

He went looking for her after their set was finished, but she had disappeared. What a pity!!

As Bobby headed back home he just could not stop thinking about this girl…….. 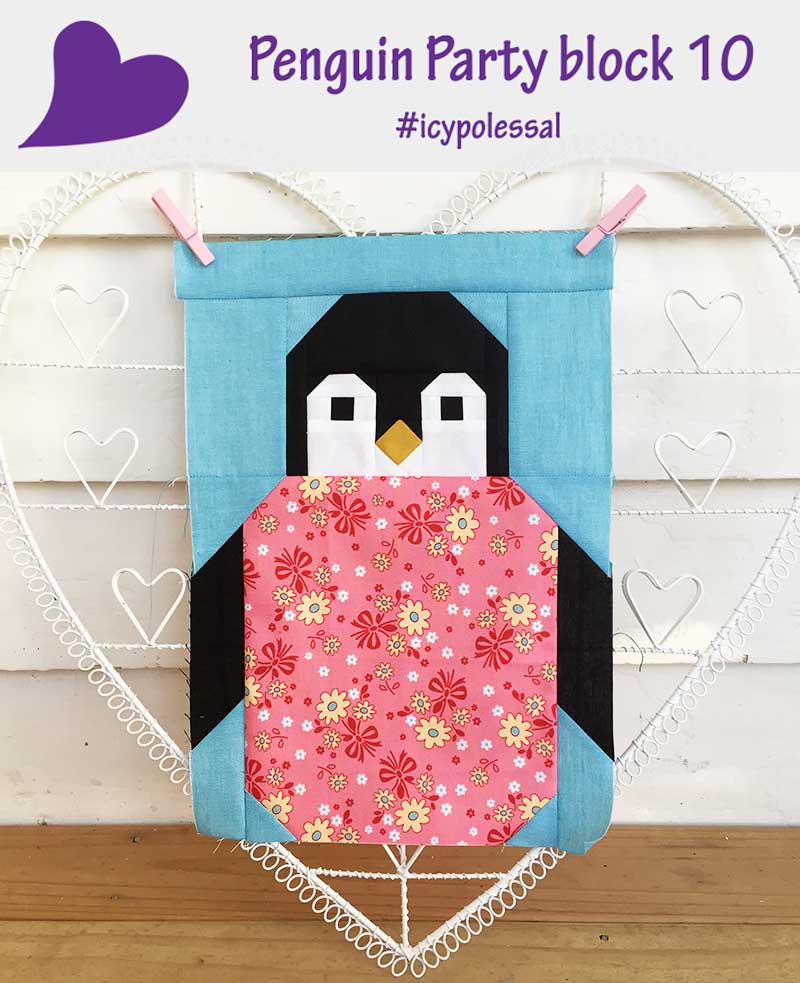 Marguerite was having an amazing time travelling around New Zealand. So many fun things to do! She had been bungee jumping and white water rafting and skiing and there had been lots of partying too! She was having way too much fun to go home to that arranged marriage to Thierry… Ugh… she shuddered just thinking about his wet fish hand shake… but her parents were expecting her home in just 8 days time OR ELSE!

Marguerite was much more interested in that lead guitarist in the band last night. What a pity her friend Jeanne had become ill (just a few too many vodka shots!) and she had to leave and take her back to the hotel.

Two days later, sitting at the wharf on Stewart Island waiting for the boat home and she couldn’t believe her eyes. It was him! The guitarist! He saw her at the same time and they both smiled and started walking towards each other, excited to finally get a chance to meet.

The boat home took 5 days and by the end of the first day they were in love and knew that there was no way that arranged marriage was going to happen. The onboard chaplain was happy to perform their wedding ceremony just as they passed over the Antarctic Circle.

This was going to be fun explaining everything to her parents when they landed!